Romanian Government’s plan to relaunch the economy provides, for the period 2020-2025, investments in the National Energy System estimated at EUR 12.48bn. Investments announced by Orban Government provide for the construction of new gas-fired power plants and hydropower plants, projects in renewable energy and hydrogen, retrofitting of substations, as well as the construction of new power lines. All these projects are part of the development strategies of energy companies that they were required to prepare and adopt by mid-June.

Summarizing, the objectives announced by the Government target:

Increase in the nuclear power production capacity with at least one unit by 2030 and extending the life of Unit 1 by 30 years;

Increasing the capacity of power transmission lines and of cross-border interconnection – about RON 4.6bn;

In the period 2017-2019, Romgaz invested about RON 2.8bn and for the period 2020-2025 it targets an investment volume of about RON 15.69bn, the equivalent of EUR 3.24bn. The strategic investments of Romgaz are, according to Government’s Strategic Plan, the following:

Gas turbine combined-cycle power plants, which are in line within the objective of decarbonization of the energy sector by switching from the coal-fired capacities to gas-fired and renewable energy capacities.

– The gas turbine combined-cycle power plant in Iernut. The budget allocated for the completion of the new power plant, as well as to repair and upgrade the infrastructure of networks and utilities taken over from the old power plant for serving the new one is RON 321mln. It will have a capacity of 400 MW and should be completed by the end of this year;

– Production of electricity from renewable sources. Romania is one of the Member States with a significant potential for wind energy, which can be used in optimal conditions. In this context, Romgaz included in the development strategy the identification of new opportunities in order to grow and diversify the company’s business in the field of renewable electricity production. The estimated total installed power for the new capacities will be around 250 MW.

For the period 2020-2025, funds of about RON 1.2bn are needed for these investment expenses. These investments fall within the priority axis of the Modernization Fund, with the financing ensured up to 100%.

In conditions in which ExxonMobil plans to divest its 50% interest in the Neptun Project, Black Sea, where it is partner with OMV Petrom, Romgaz is holding discussions to take over part of Exxon’s stake. So far, a Joint Bidding Agreement (JBA) has been signed with OMV Petrom SA and PGNiG SA, in order to take over ExxonMobil’s stake in the block. The Joint Operating Agreement (JOA) is being analysed. Also, there are discussions and negotiations within the consortium for the evaluation and establishment of a final bid to ExxonMobil.

Romgaz took over in 2012 from Lukoil and Vanco a 10% stake in the rights gained and obligations assumed related to EX-29 Est Rapsodia and EX-30 Trident blocks, on the continental shelf of the Black Sea. The co-holders of petroleum agreements gave up the EX-29 Est Rapsodia block in December 2016, as a result of negative results of exploration in this block. Given the different results from those expected to be obtained by drilling the Trinity 1X well, the titleholders of the concession agreement requested and received from NAMR the extension of phase 1, part 2 of the additional exploration period, by 3 months (until 03.08.2020).

Romgaz is interested in entering the market of petrochemical products in Romania and in the region, this being one of the development directions of the company for the period 2020-2025 provided within the strategic objective on business development by approaching new markets at domestic and international levels. In this context, an innovative vision to diversify Romgaz’s investment portfolio is the possibility of converting natural gas into methanol by making an investment in the construction of a new (greenfield) methanol production unit. The estimated budget allocated to this investment objective is about RON 1.175bn.

There are currently discussions with potential partners to develop projects in partnership. The purpose of association is assimilating the business experience in the energy sector of both companies, in a joint concept by the participation of each company with own complementary knowledge:

– Chimcomplex project. The project ensures the supply of industrial steam and electricity in safe and competitive conditions, including operating and maintenance costs throughout the period. The site will be integrated in the electricity recovery structure managed by Romgaz, being part of Romgaz’s gas supply portfolio.

– ALRO project. Combined cycle power plant (CCGT) 467 MW, of which 360 MW necessary for ALRO consumption and 100 MW capitalization on the electricity market with operation 8,424 h/year. The site will be integrated in the electricity recovery structure managed by Romgaz, being part of Romgaz’s gas supply portfolio.

– Liberty partnership. The steel platform in Galati (formerly Arcelor Mittal) will develop in the following 3-4 years steel production at a steady pace, in a relatively short time. To this end, the energy needed to support this development level must be ensured through investments within the current environment context supported by the EU. Therefore, the following energy needs are estimated: natural gas – increase in consumption from 2.2 TWh/year at the moment, by 7.4 TWh/year, resulting in an estimated 9.6 TWh; electricity – increase from the current demand of 100-120 MW to 500 MW. The production estimate is 350-400 MW CCGT, completed by a combined renewable source, photovoltaic and wind energy, of 180 MW CCGT, on an available area of 50 hectares.

Retrofitting of substations, the main investment at Transelectrica

At Transelectrica, the Government plans investments of RON 346.46mln in the expansion of power grids with new lines and RON 1.42bn in the retrofitting of existing substations. The main directions of evolution in the period 2020-2025 are:

– The emergence of new production capacities, in particular based on renewable sources (wind, solar, biomass), a large part with intermittent operation and priority regime, connected to both the Power Transmission Grid and the distribution network;

– Development of the electricity market, at national, regional and European level;

– The disappearance or decrease in production or increase in consumption, to a level where supply to consumers in certain areas to the standard parameters of quality and safety is not endangered.

In order to maintain the adequacy of the grid so that it is properly sized for the transmission of electricity forecast to be produced, imported, exported and transited under the conditions of the changes occurred, the following categories of investments have been included in the Power Transmission Grid Development Plan over the medium term of 5 years:

– Increasing the transmission capacity of the existing lines – RON 32.12mln;

Given the contribution to the implementation of EU’s strategic priorities on the trans-European energy infrastructure, the European Commission has introduced the following group of projects on the third list of Projects of Common Interest (PCI):

These projects will eliminate congestion, both on the E-V direction at the border with Hungary and Serbia, and on the N-S direction, by strengthening the Iron Gates – Resita – Timisoara – Arad corridor.

– Expansion of existing substations and increasing the transformer capacity in the substations;

– Projects for preparing the transition to smart grids and digitization of the Power Transmission Grid – RON 40mln;

As far as Nuclearelectrica National Company is concerned, investments of around RON 2.25bn are estimated here for the following 5 years. Nuclear power has a significant contribution in the generation of low carbon emissions, Nuclearelectrica having as main investments the increase of nuclear-based capacity through the construction of Units 3 and 4, of which at least one unit until 2030 and the extension of the operation of Unit 1 with more 30 years. All these investments are part of the company’s development strategy, which was recently approved by shareholders. Also, on this occasion, the shareholders repealed the Strategy for the continuation of the Cernavoda Units 3 and 4 Project with the Chinese, at the request of the Ministry of Economy, Energy and Business Environment.

Investments of over RON 7bn at CE Oltenia

The following investments are envisaged:

– Construction of a photovoltaic park with an installed power of around 60 MW on the closed slag and ash deposits related to S.E. Rovinari;

– Construction of a photovoltaic park with an installed power of around 80 MW on the closed slag and ash deposits related to S.E. Turceni;

– Construction of a photovoltaic park with an installed power of around 75 MW on the closed slag and ash deposits related to S.E. Isalnita;

– Construction of 2 gas-fired units of 400 MW at SE Isalnita;

– Rehabilitation and modernization of the small hydro-power station with an installed power of 9.9 MW at S.E. Turceni;

– Retrofitting/Modernization of the small hydro-power stations of 2 MW at S.E. Isalnita.

Investments of RON 26bn at Hidroelectrica

At Hidroelectrica, there are plans to complete certain hydropower capacities already started, as well as to diversify the production portfolio by developing projects based on renewable energy sources, in onshore and offshore wind power capacities. Overall, by 2025 the investments will amount to RON 26bn, the equivalent of EUR 5.38bn. Therefore, in the medium term the following investments are scheduled:

The very high need for investment in national energy infrastructure requires a diversification of funding sources and an efficient use of new opportunities in the European Union. Thus, the investment programs will be supported from the companies’ own investment budgets, to which European non-reimbursable funds are added, the modernization fund, the funds available under the European Green Deal, as well as reimbursable funds.

Despite the economic decline registered in the first quarter of the year, through this economic recovery plan, the Romanian Government wants to end the year with economic growth, says Virgil Popescu, Minister of Economy, Energy and Business Environment. He specified that the amounts provided in the National Investment and Economic Recovery Plan (PNIRE) would come from European funds that were not absorbed in the period 2014 – 2020.

“Let’s not forget that, in 2020, at the end of the year, the financial year ends and the money that was not spent will be used with the approval of the European Union for new projects. EUR 200mln are allocated for SMEs. It’s about EUR 100mln coming from the Environmental Fund and EUR 100mln that we have in the budget of the Ministry of Economy. Money that exists to raise the competitiveness of SMEs, in general all SMEs that hold a building on whose roof solar panels can be installed, with a maximum power of 27 KW, so that they don’t require a permit and to be able to cover in whole or in part their electricity consumption. The contracts must be concluded by the end of this year, and payments can be made in the financial year that ends, plus three years thereafter,” Virgil Popescu also mentioned. 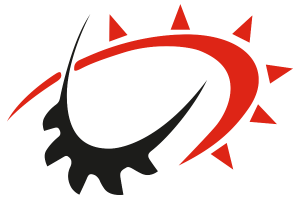